This was my mum's craft room before I spent a weekend revamping it: 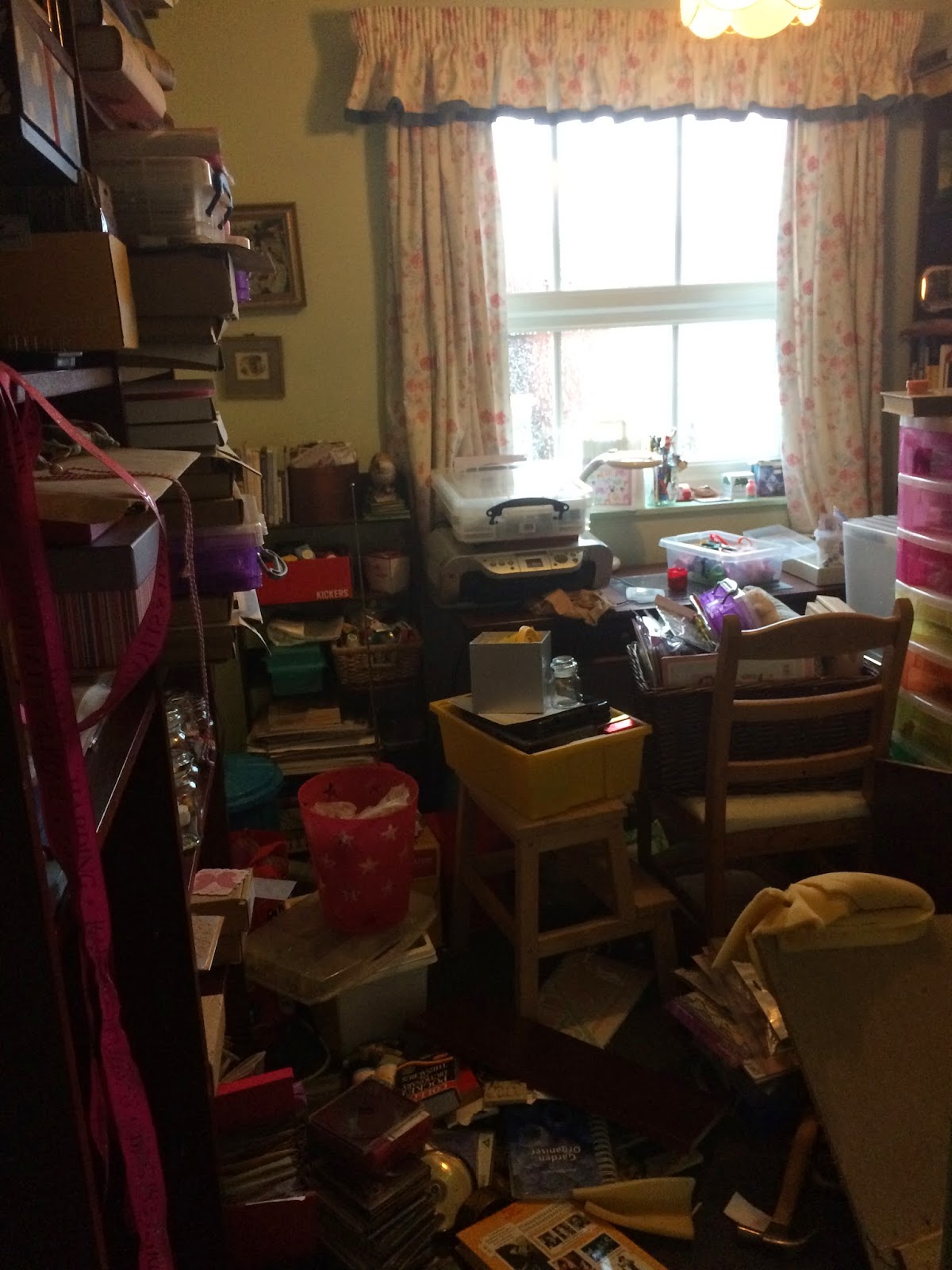 And here it as afterwards: 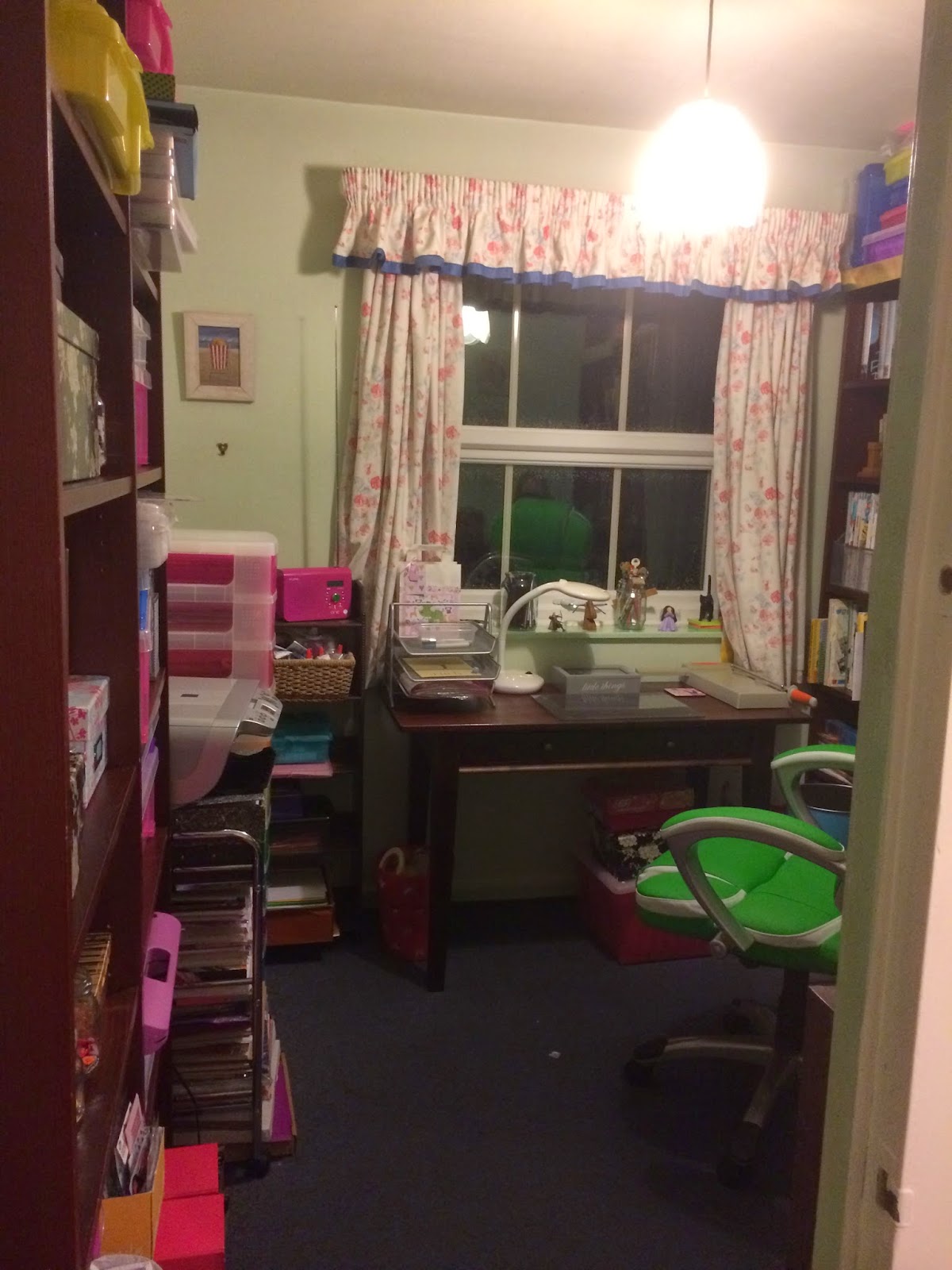 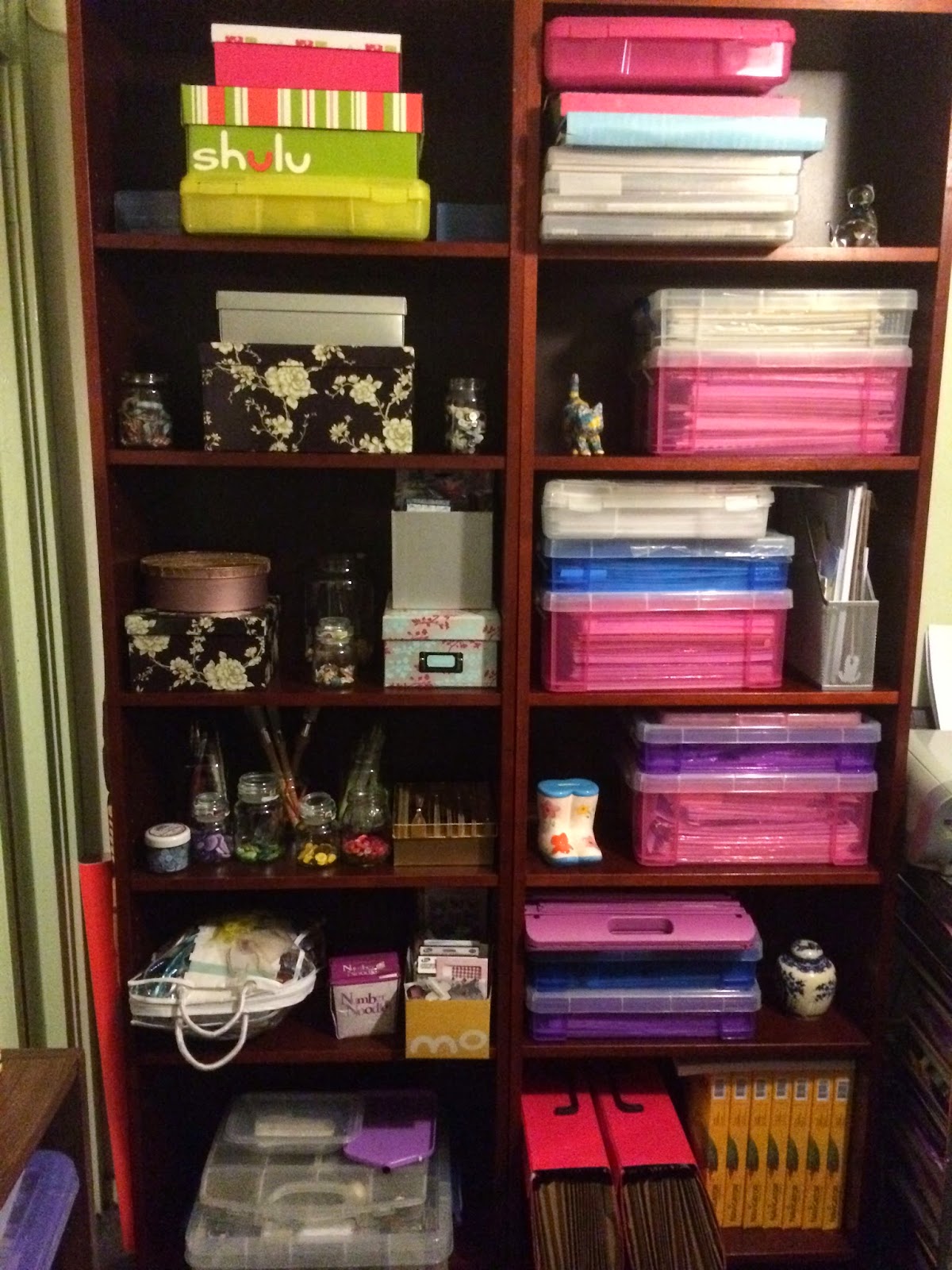 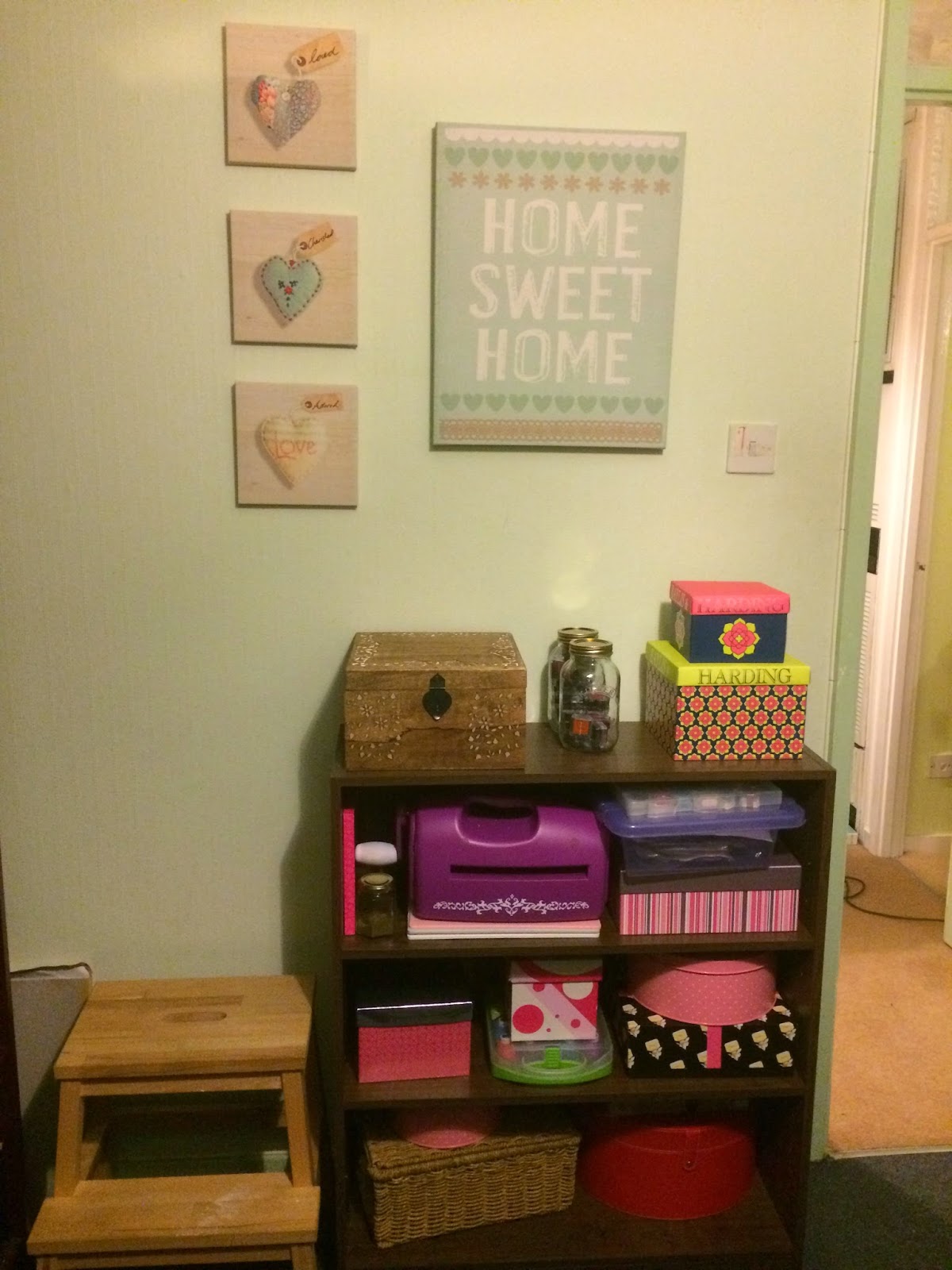 I loved doing this project for my mum. Creative and generous beyond belief, she was not blessed with a desire to be organised and also, I think, doesn't pay enough attention to giving herself the beautiful and functional environment she so deserves.

After doing her room, I became very dissatisfied with my own! It's not a mess, it's just...blah. It is also our office, so it contains all our stationary etc, and it houses the majority of our books. I have to share it with my husband's Star Trek collection and on top of that, it's where we hang the washing to dry!

In the summer we plan to revamp and reorganise as much as we can in a rented house. However, I thought in the meantime I could sew some things for my table that would brighten up the space.

I used this tutorial from Sew Delicious and it was fantastic. You do need some basic sewing knowledge, and you will need to adjust the size according to your own machine. I made mine shorter, as I have a smaller machine, but slightly deeper because I wanted to be able to leave the thread in the machine when it's covered.

I have never attempted patchwork or quilting before, and I was surprised and pleased by how easy to follow it was. I cut 5 inch squares using my small quilting square and rotary cutter, and arranged them how I wanted. I used this fat quarter bundle and I have a ton left over! Aren't the foxes cute? The only thing is I added the blue in myself to lift it a little.

Patchwork, front and back! I sewed them with a scant quarter-inch seam. So scant it was squeaky, to be honest. 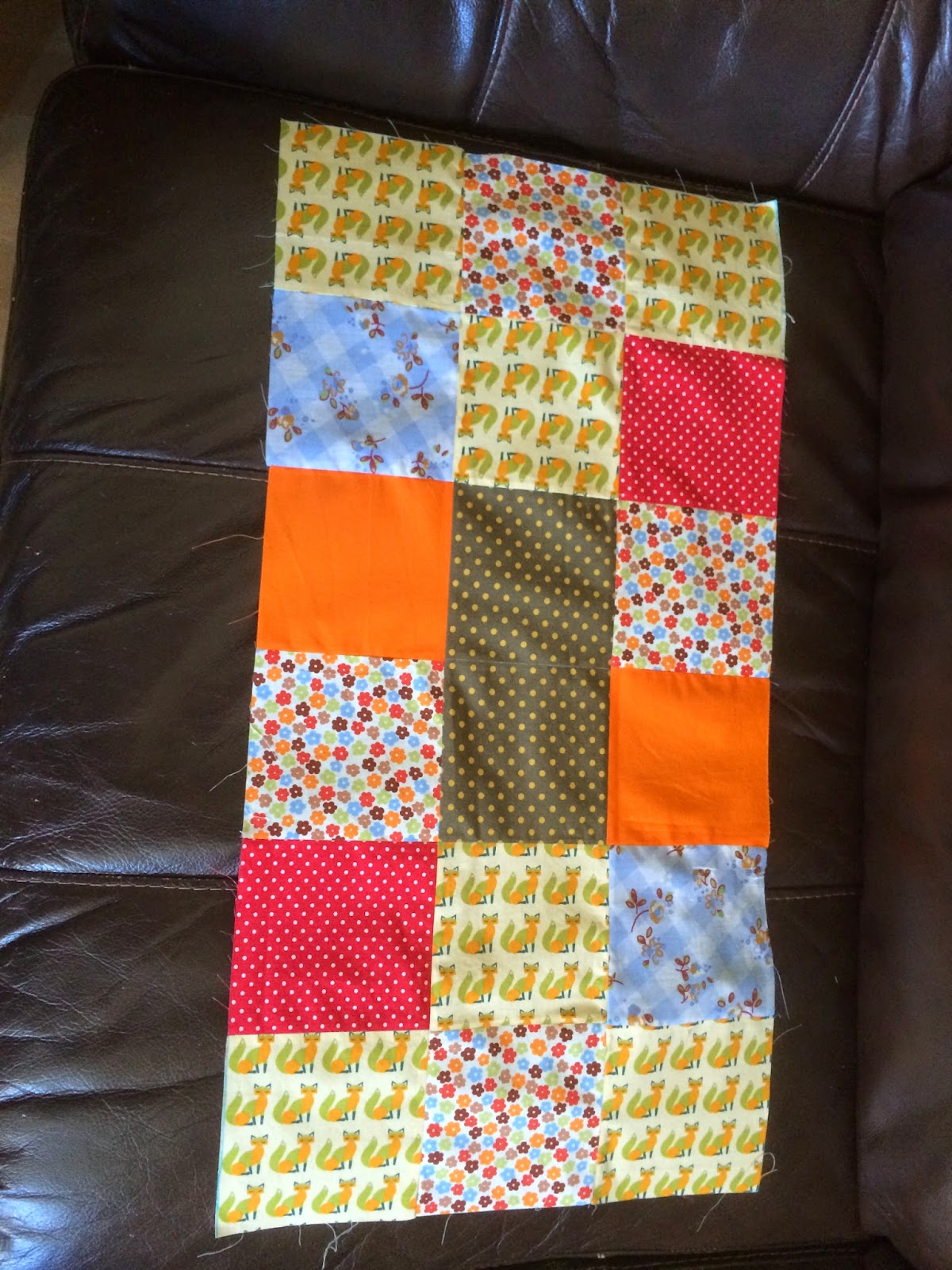 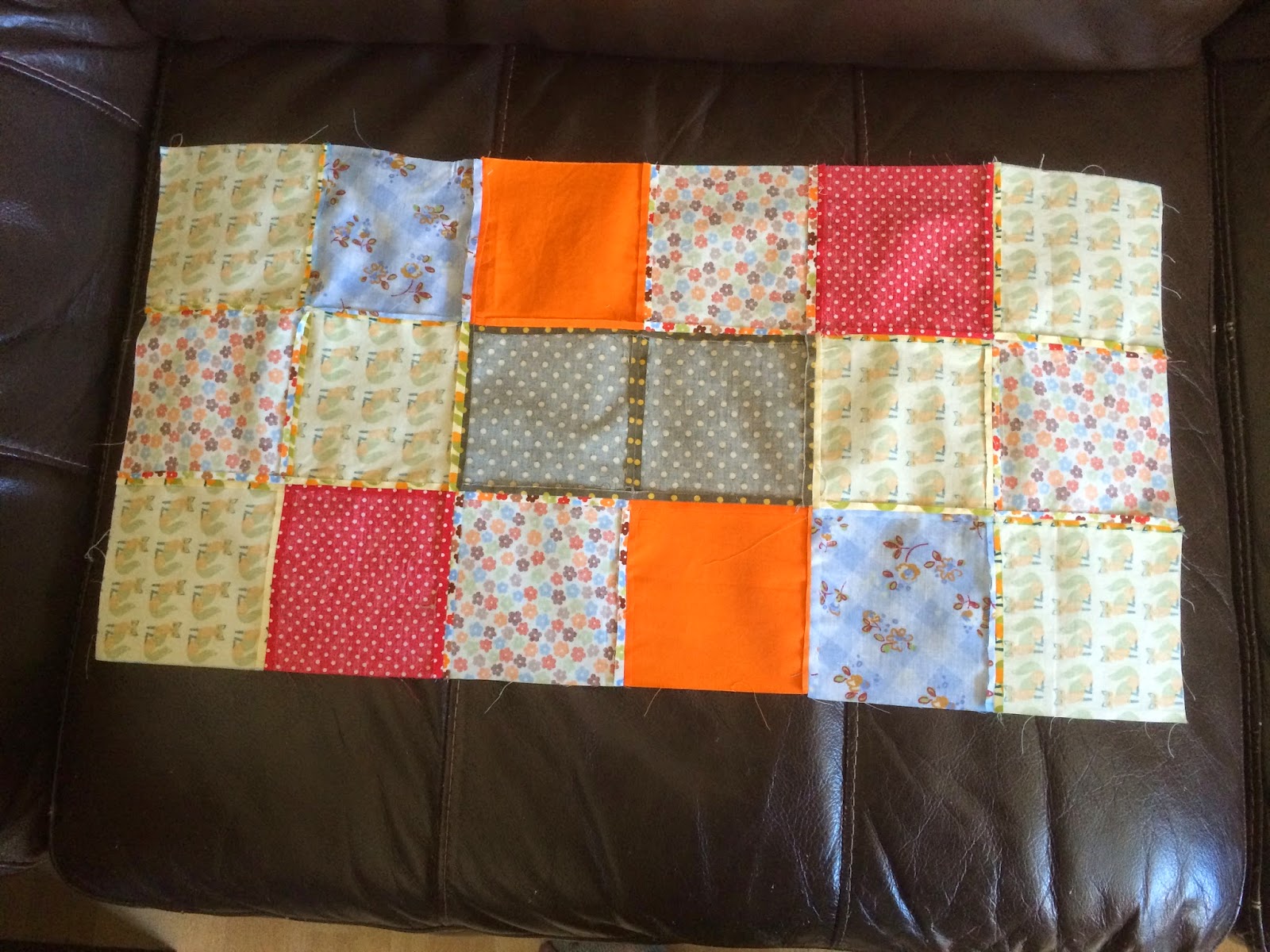 I quilted it with simple diagonals, and did the side panels with a wiggly stitch in parallel lines. I have never quilted before and don't have a walking foot, but it was fine! My machine coped well. I deliberately cut the batting bigger than the patchwork in case it moved around. The rotary cutter made it very easy to trim off the excess. 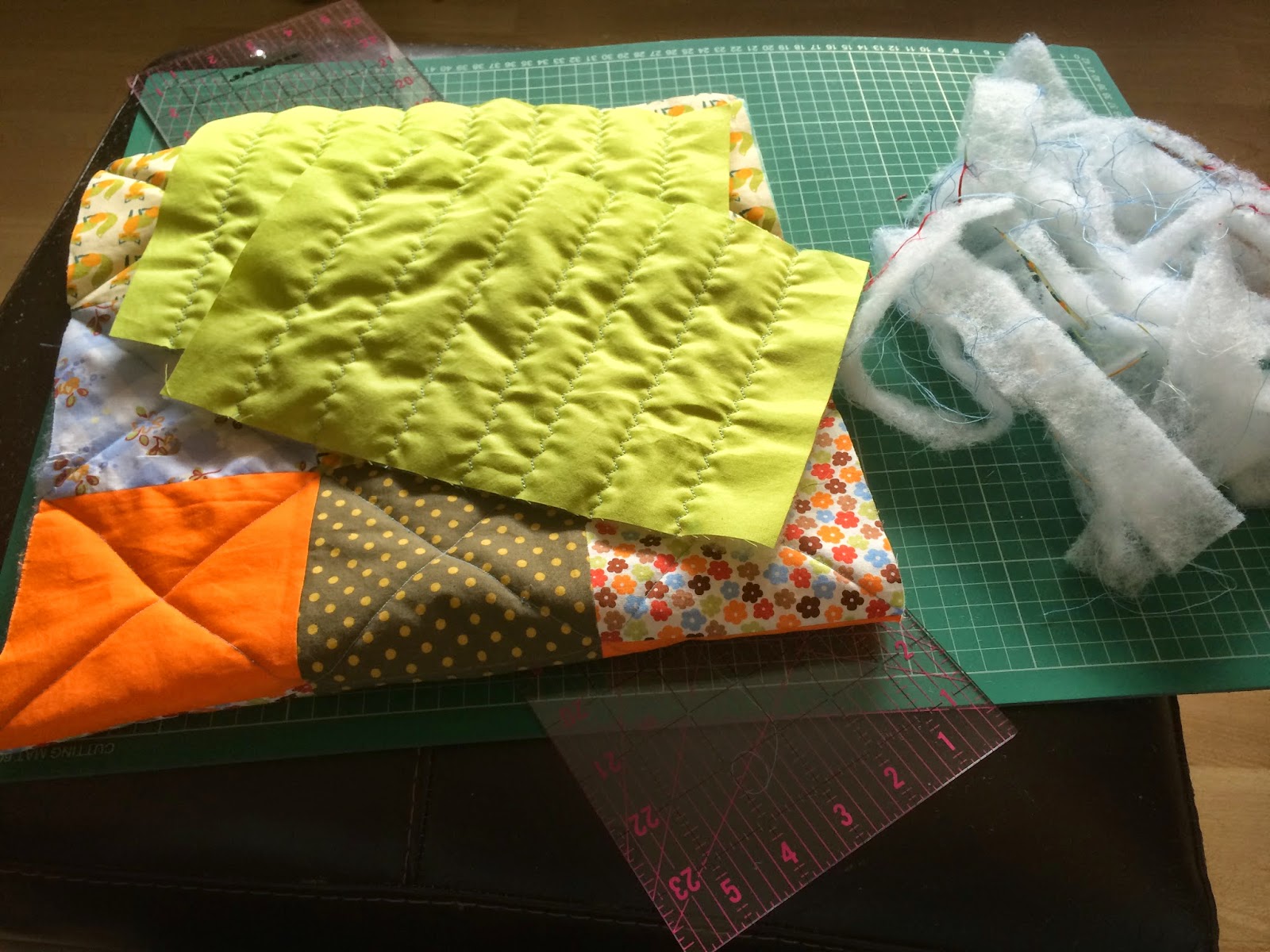 I put it together as per the tutorial. While I was sewing, a great present arrived from my friend! A wipe-clean board to write my crafty to-dos. She made it herself and I love it! Here it is with the unlined, unbound cozy: 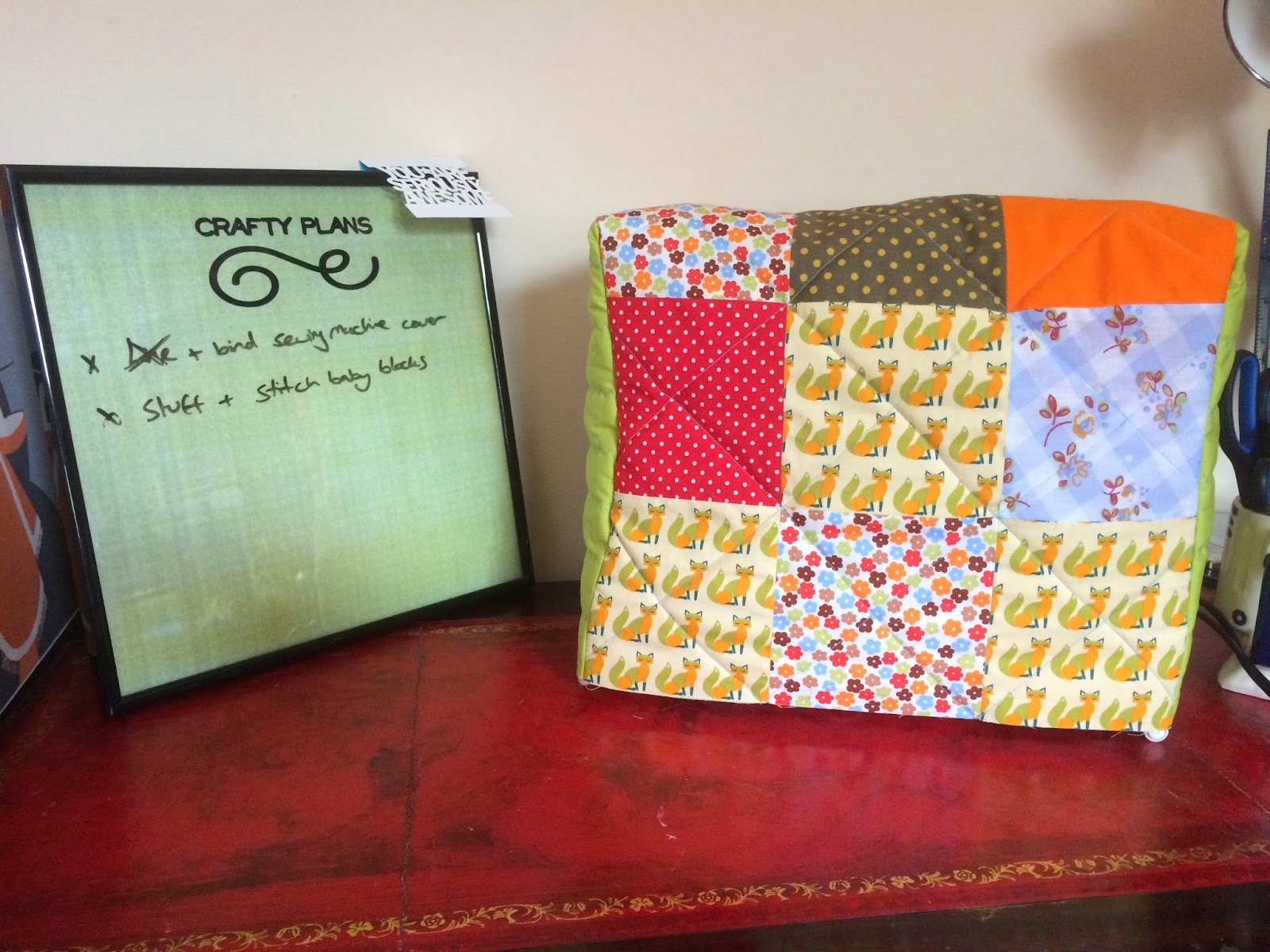 I lined with this horrible fabric of which I have enough to go around the world several times. Ugh. I hate the pattern and it's so flimsy. I bought it dirt cheap when I first got my machine, just for something to practice with, and now I can't even seem to get rid of it. I suppose I will always need lining fabric, though! 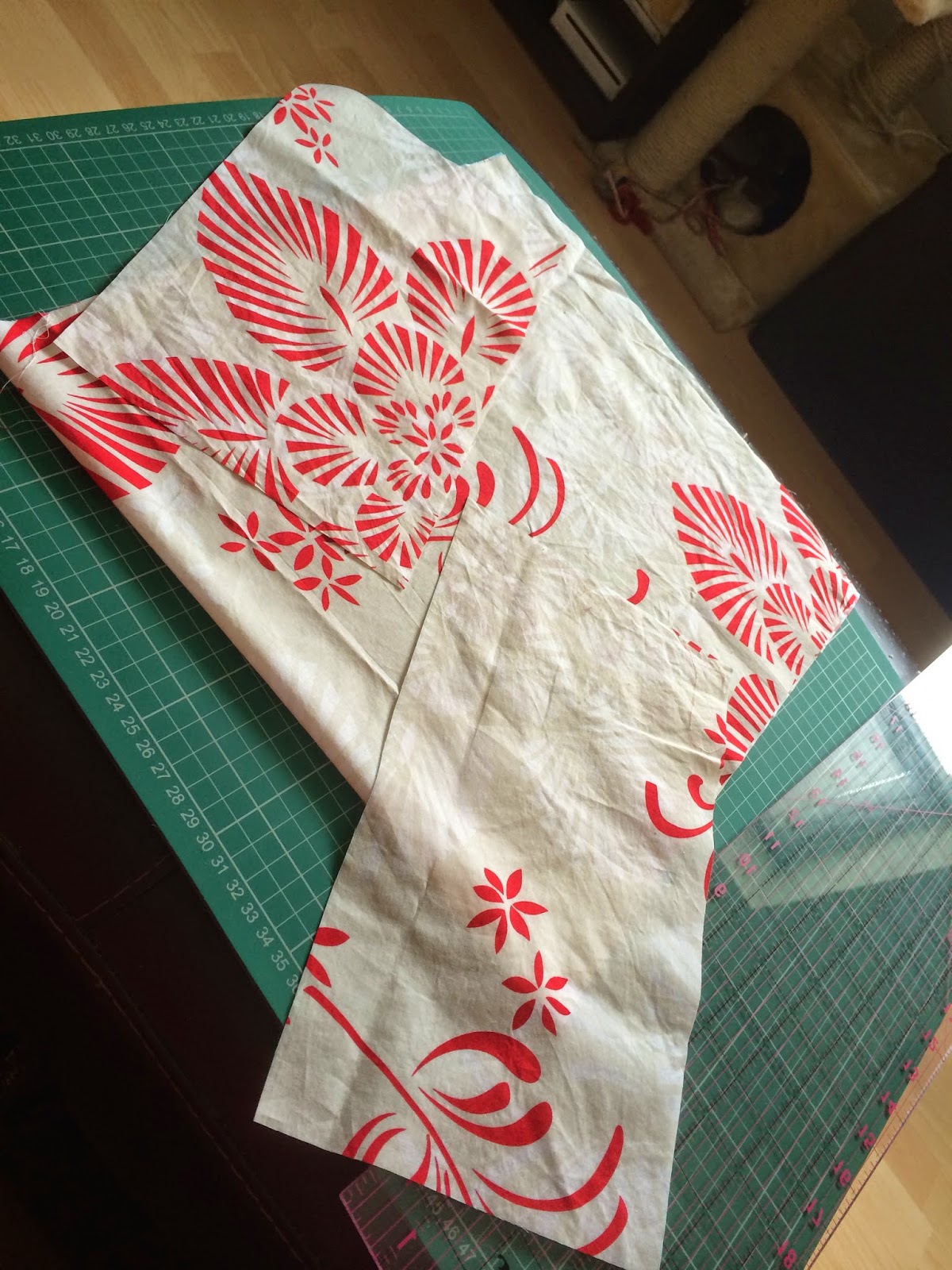 And I bound with this pretty blue bias tape. We won't talk about what it looks like on the inside >.> But the front isn't bad for a first try! 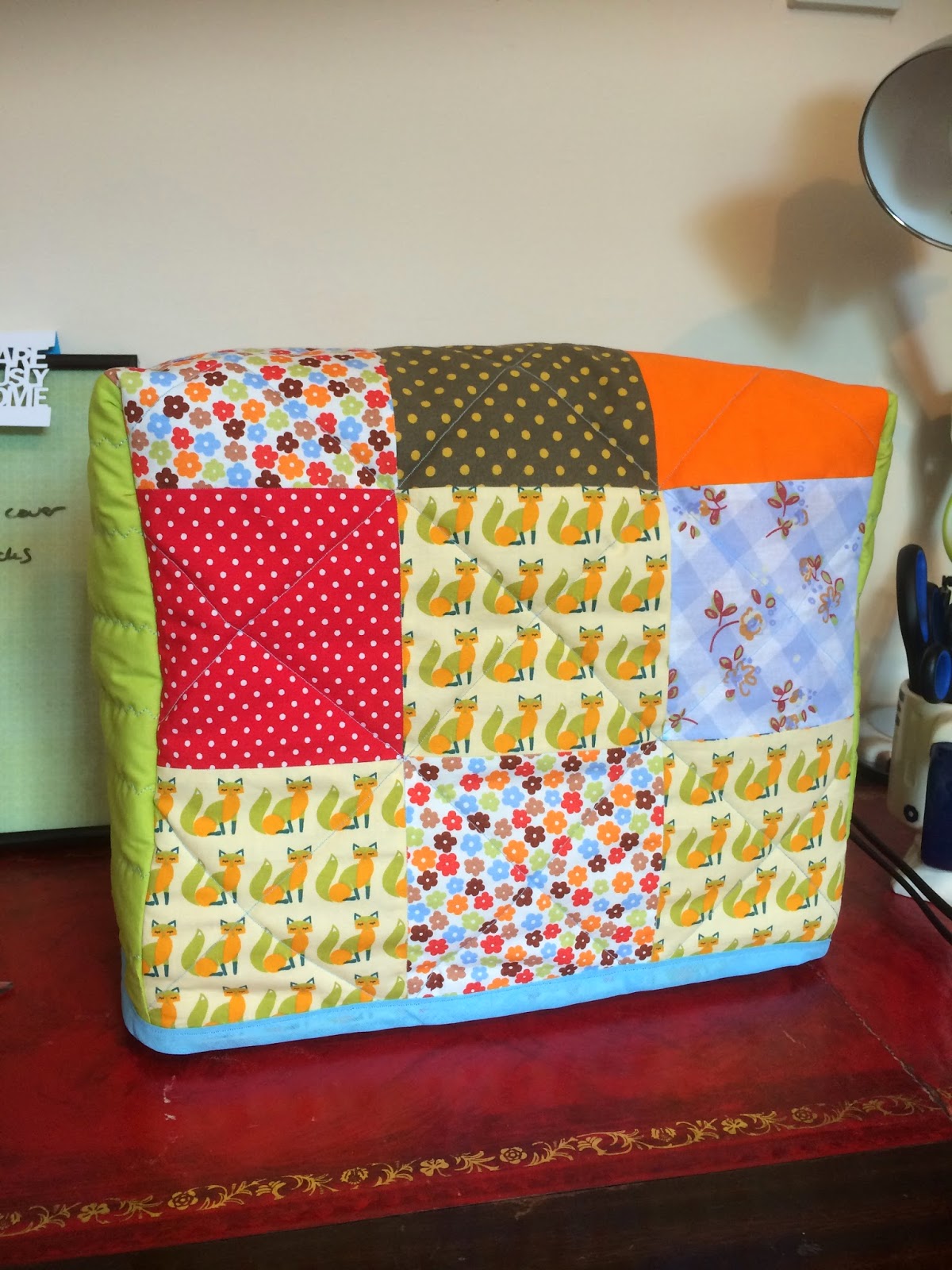 It actually looks like the picture in the tutorial! I think that's the first time ever. My first step towards a pretty sewing space!
Posted by Thread Monster at 15:05

Thread Monster
I'm short, round and new to sewing. A Thread Monster is what I call the wad of thread which inexplicably appears under my fabric at least once a sewing session, jamming my needle and bringing everything to a screeching halt. So far it's my signature sewing move! Great.